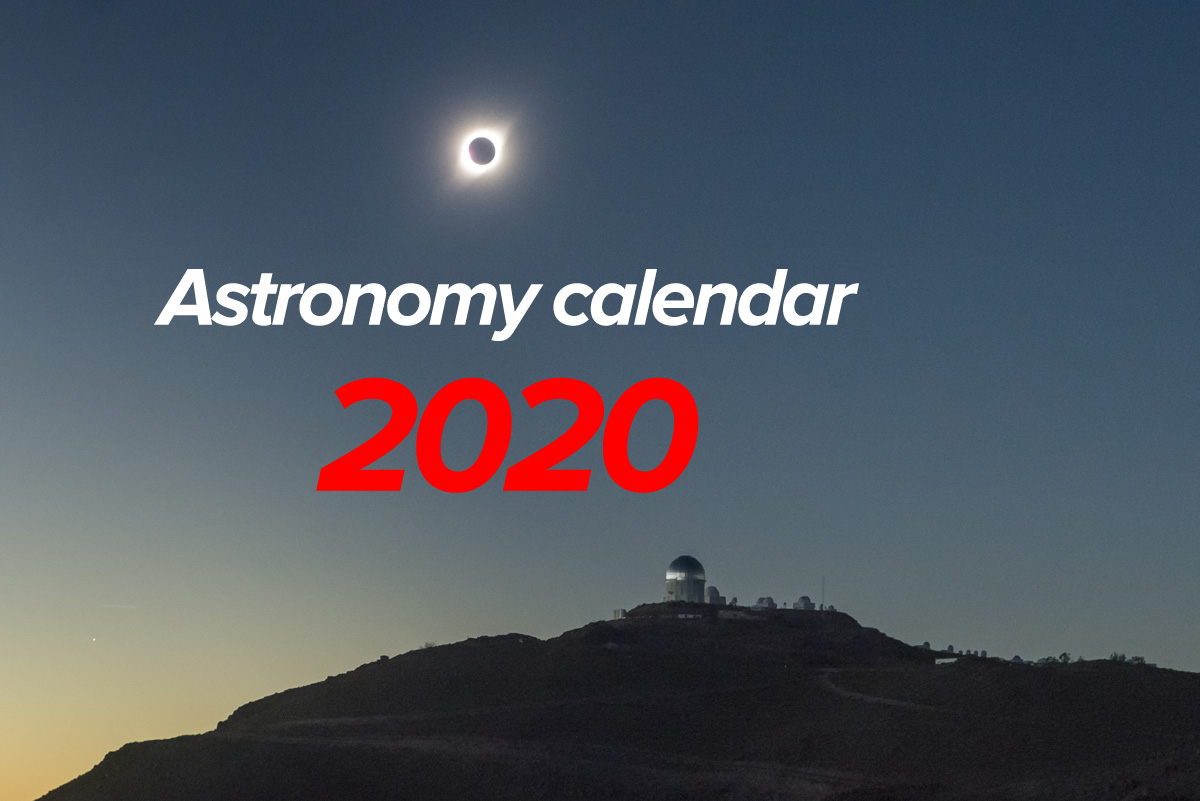 It must be said that we are waiting for a very busy and rich in interesting events for 12 months.

You can download the file in large size here 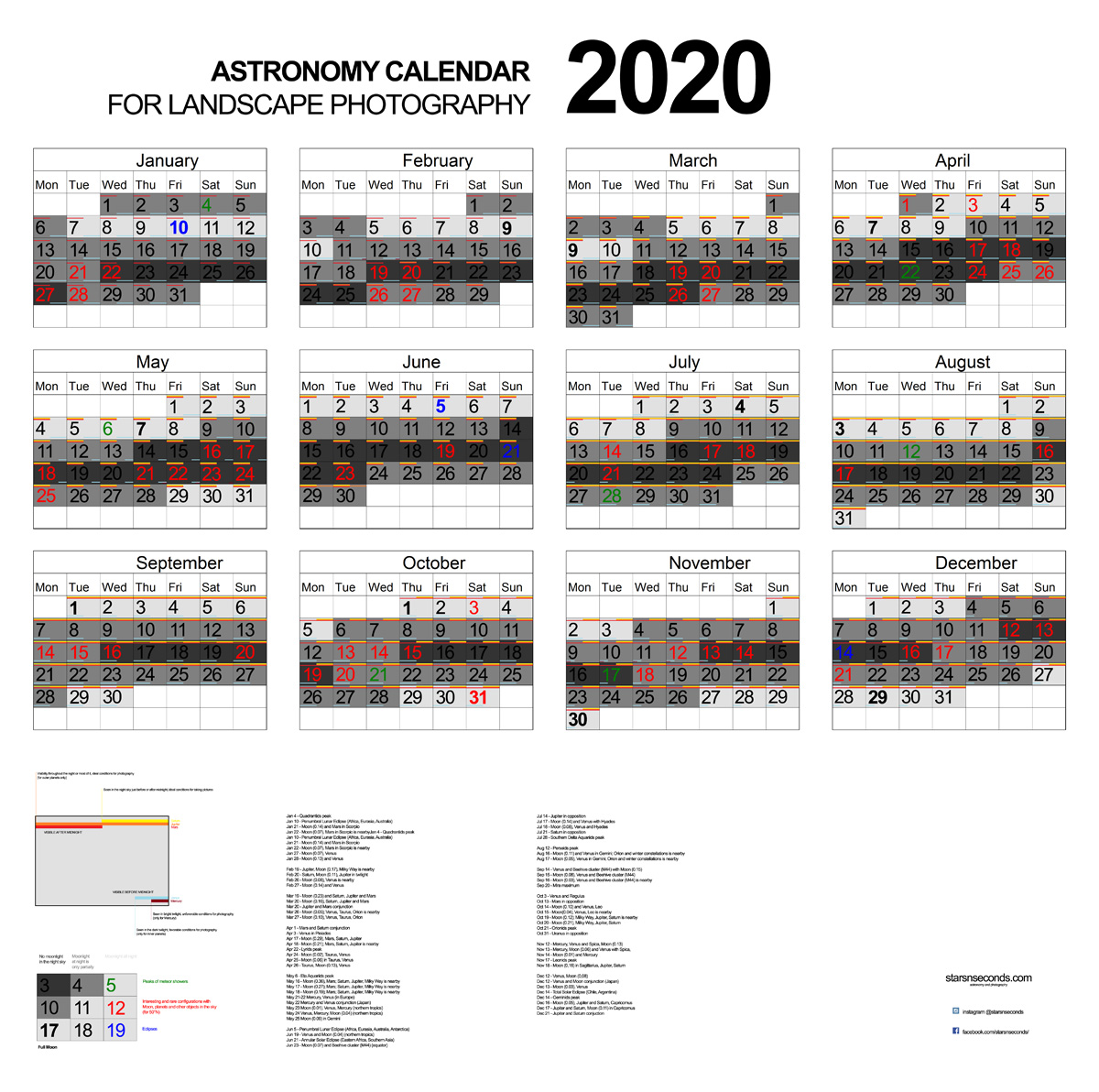 And now let’s briefly describe the year 2020 in astrophotography:

At temperate latitudes there will be two evening elongations of Mercury and one morning, however, the conditions of its visibility will remain quite difficult.

But that can not be said about rest of planets!

Venus will only temporarily disappear from view in early summer to return evening visibility to morning.

The first half of the year Mars can be observed before dawn, and from the summer the Red Planet will rapidly gain brightness and in October we will see the second Great Opposition (-2.62m).

Jupiter and Saturn will be close to each other all year, passing oppositions on July 14 and 21, respectively. And on December 21, these two planets will pass only at a distance of 1/10 of an angular degree!

Due to the constant visibility of the planets, it will be possible to observe their close configuration with the Moon, star clusters and constellations much more often. There are as many as 54 red dates in the calendar with such events, although last year there were only twenty.

In addition to the four (!) partial lunar eclipses and the annular solar eclipse, the first thing that deserves attention is the total solar eclipse on December 14, again in Chile.

Of the three main meteor showers, only Geminid Peak will fall on a completely dark night, and the Quadrantids and Perseids will partially illuminate the Moon. 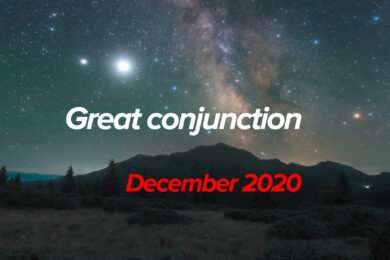 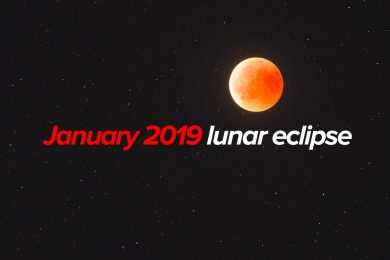 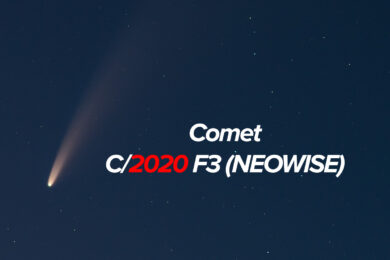